We strive to break the cycle of transgenerational poverty by identifying and eliminating barriers that prevent underrepresented students from progressing to and through college. 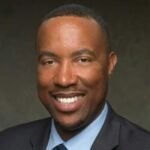 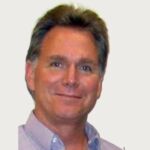 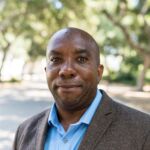 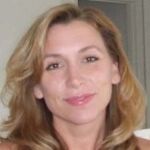 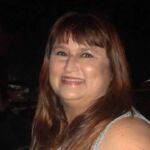 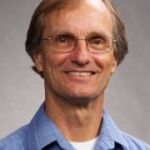 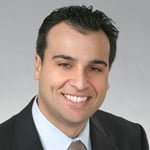 James King has a range of experiences in education from teaching to athletics to business development. As a college athlete, he played basketball for Ventura Community College and UC Riverside. James earned his BA in Sociology from UCR and Master’s in Special Education from Azusa Pacific University. He has contributed to grass roots organizations such as 100 Black Men Organization, United Economic Development Group, and Urban League.

Pedro Cevallos has worked to increase student achievement in numerous capacities with school districts in Florida, Pennsylvania, and California for more than two decades. Dr. Cevallos is an expert in utilizing strategic intersegmental partnerships to increase the college graduation rates of our most vulnerable populations. In addition, Pedro served as Co-Principal Investigator (Co-PI) on two different grants from The Michael & Susan Dell Foundation which aimed to drastically decrease the rate of college math remediation underrepresented students face through innovative approaches. He is a lifelong public school student and educator with a Doctorate in Educational Leadership & Entrepreneurship from UCLA, a MS in Curriculum & Instruction from Penn State, a BS in Social Studies Education from Florida International University, and a high school diploma from Miami-Dade County Public Schools. Pedro is anchored by his four core values: (1) Family is paramount, (2) Education is a civil right and instrumental for breaking the cycle of trans-generational poverty, (3) Children should always be more prosperous than their parents, and (4) Bilingualism and biliteracy are critical for the prosperity of both individuals and society as a whole.

Rob Gira was a founding member of the AVID Center in 1996, overseeing the college readiness efforts of Advancement Via Individual Determination for 7,000 schools throughout the world. He retired in 2017. During his tenure, Rob was responsible for overseeing AVID Center’s National Programs, including curriculum, professional learning, research and communications, and quality. With AVID Center, Rob led a variety of curriculum and professional learning projects, including schoolwide college readiness materials, tutorial curriculum, critical reading, and leadership trainings.  He was also responsible for AVID Center’s professional learning at summer institutes and oversaw other initiatives, including equity, closing the gender gap, and acceleration for English Learners. Rob also created and led AVID’s National Conference. In 2013, he became Chief of Staff for AVID’s CEO, Dr. Sandy Husk.

Rob received his B.A. in English from UC Santa Barbara, a teaching credential from San Francisco State University, and his M.A. and administrative credential from San Diego State University. Before joining AVID in 1994, he was an administrator at two high schools in San Diego County, Rancho Buena Vista High School and Vista High School. He taught English in the Vista Unified School District for ten years.

Edray Herber Goins grew up in South Los Angeles, California. He is the product of the Los Angeles Unified School District (LAUSD) public school system, He attended the California Institute of Technology, where he majored in mathematics and physics, and earned his doctorate in mathematics from Stanford University.

Dr. Goins has held positions at the world’s premiere research institutions, including the National Security Agency in Ft. Meade, Maryland; the Mathematical Sciences Research Institute in Berkeley, California; the Institute for Advanced Study in Princeton, New Jersey; the Max Planck Institute for Mathematics in Bonn, Germany; Harvard University in Cambridge, Massachusetts; and the California Institute of Technology in Pasadena, California. In January 2004 he was featured in Black Issues in Higher Education as one of the “2004 Emerging Scholars of the Year.” From 2004-2018, Dr. Goins was a professor of mathematics at Purdue University in West Lafayette, Indiana.

Professor Goins spends most of his summers engaging underrepresented students in research in the mathematical sciences. He has taught mathematics and physics in the Freshman Summer Institute (FSI) at Caltech; and led research seminars in number theory in the Summer Undergraduate Mathematical Sciences Research Institute (SUMSRI) at Miami University as well as the Mathematical Sciences Research Institute Undergraduate Program (MSRI-UP) in Berkeley, California. He currently runs an NSF-funded Research Experience for Undergraduates (REU) titled “Pomona Research in Mathematics Experience (PRiME).”

He is the president of the National Association of Mathematics, Inc which seeks to promote the success of underrepresented minorities in the mathematical sciences; and is a member of numerous advisory boards throughout the country.

Dr. Cevallos earned her dual Bachelor’s Degree in Mathematics and Secondary Education from Boston College and began her career as a teacher spanning grades seven through college. Desiring large-scale improvement in math education, her work evolved into leadership roles in government, higher education, K-12, nonprofits, and corporations. Still unsure of the root causes of poor student performance in mathematics, she earned her Doctorate in Educational Leadership from UCLA studying intersegmental partnerships designed to lower college math remediation rates. Her dissertation, “Best Practices of P-20 Partnerships for Increasing College Access and Persistence for Under-Represented Students,” provided the foundation for College Bridge. Since 2011 her research agenda has continued along the same path aligning math curriculum, assessment and pedagogy from K-12 to higher education.

In addition to her work as CEO, Lynn oversees all Mathematics programs and research.

In addition to her work as COO, Nicole oversees all College Knowledge programs and research.

Mr. Petrus (Pete) Van Hamersveld has over three decades of experience as an institutional research professional at California State University, Dominguez Hills, a campus known for its diversity and commitment to providing educational access and support to underrepresented students. His work supports high level decision making towards the goal of increasing student success. He is known for his ability to think originally and empirically, while working collaboratively with others.
Pete immigrated from Holland as a child and still speaks Dutch. He graduated with a Bachelor’s degree in Sociology from CSU, Fullerton in 1985 as a first-generation college graduate. After beginning his career as an institutional researcher in 1986, he continued his studies in Sociology at CSU, Dominguez Hills in which he earned a Master’s degree in 1992.

Ethan has close to twenty years of accounting, tax preparation, finance management, business consulting, and financial control experiences in both the for-profit and non-profit sectors. He had a passion for the tax field even before he received his BS in accounting from San Diego State University in 2002. For the last dozen years, his focus has been on small to medium sized businesses ensuring that they are as tax efficient as possible and compliant with all IRS laws.

Mr. Barkett has received the Accredited in Business Valuation (ABV) designation from the American Institute of Certified Public Accountants. This designation is earned by members who have demonstrated vast experience, have met educational requirements, and who have successfully passed written examinations indicating expertise in the field of Business Valuation.

Ethan is a native San Diegan who is married and the proud father of two beautiful daughters.