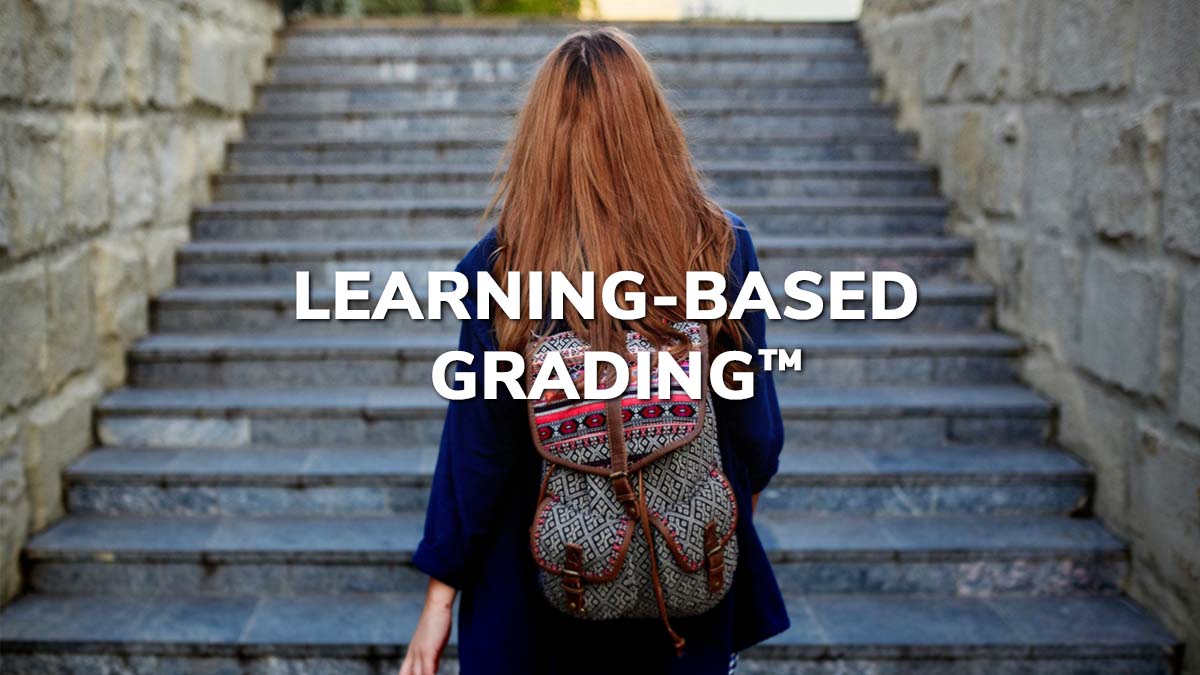 Prior to the COVID-19 pandemic and “Great Pivot” to online/remote learning, the question of equity in grading was already a historic debate for instructors, administrators, counselors, parents, researchers, and students alike. Our A-F grading system is an essential part of our entire educational system’s enterprise, but it is wholly and woefully antiquated. One noted expert and researcher on this topic, Dr. Thomas Guskey, often lamented that from theory to practice, no gap is wider than that of the one for grading. In the post-pandemic classroom, the need to update our grading system couldn’t be more apparent. A reconsideration of our grading system is especially important now, in California, as we consider the impacts of AB 104. For those who may not know, AB 104 gives students the choice to change their grades from ABCDF to Pass/Not Pass during the remote instruction years from Spring 2020 to Spring 2021.

Well, what does this change to pass/no pass do? It helps the students remove grades that may hurt their reporting GPAs for their admissions to colleges and universities. As solutions go, it’s broad, sweeping and will have some seriously interesting impacts over the coming decade (more on that in another blog). It’s also a well-meaning solution, but one that doesn’t entirely approach the issue of inequity in grading.

So, what does it mean for grading? Directly, very little. This is essentially a one-off solution to the longer problem in our grading system, which is that traditional letter grades do not accurately represent learning.

Now there are plenty of folks and organizations out there all discussing this issue and providing their solutions. For College Bridge, we have something to say about this, too. We feel that the time has come to make grading be about learning, hence, Learning-Based Grading.

Learning-Based Grading is our answer to a broad topic and umbrella of terms which have also been called “Mastery Grading.” Our friends in the Higher Ed world have been championing this approach to Mastery Grading for a few years now and have put on some pretty awesome conferences about the topic. But, without mincing words about it, the term Mastery Grading isn’t particularly popular or overwhelmingly insightful as to what makes it different from any other grading system.

To understand our jump to learning-based from mastery grading, we want to consider the issues with the term Mastery. The word Mastery is problematic. Mastery implies a finality or perfection to a task. Masters are treated in superiority to their disciples in the Mastery, Journeyman, Apprentice system, and it plays into a power dynamic that should not be in learning.

Learning is iterative, it takes time, practice, and repetition. Perfection of a task isn’t perfect but increases the number of times we can get the same outcome. The role of experience with instructors and teachers should be that of a facilitator or coach, providing learners with specific feedback about what they are learning. Not points or comments that push a competition to superiority, but one which thrives toward ongoing excellence.

Additionally, and connected to the problems of superiority, Mastery, as a term, is steeped in racism and ideologies of slavery. On that reason alone, it should be dropped. But, like most complex associations of words and their meanings it’s not that simple. We should take an approach to removing these terms from our lexicon, but they are pervasive. Because the phrase is simple and conveys a relatable thought, it continues to be used. Replacement phrases or idioms must pack in as much agreement in their meaning as in their context to the web of ideas it’s connected to. So, coining term replacements can be tricky. But we are making that commitment now.

We don’t suggest changing the grading system wholly right now but rather recommend a process of purposeful change. With that, we offer opportunities to join us in the exploration of learning-based grading to bring a new, systemic change to your site.

Click here to see more about our Learning-Based Grading PDs.