So, What Is Learning-Based Grading?

So, What Is Learning-Based Grading? 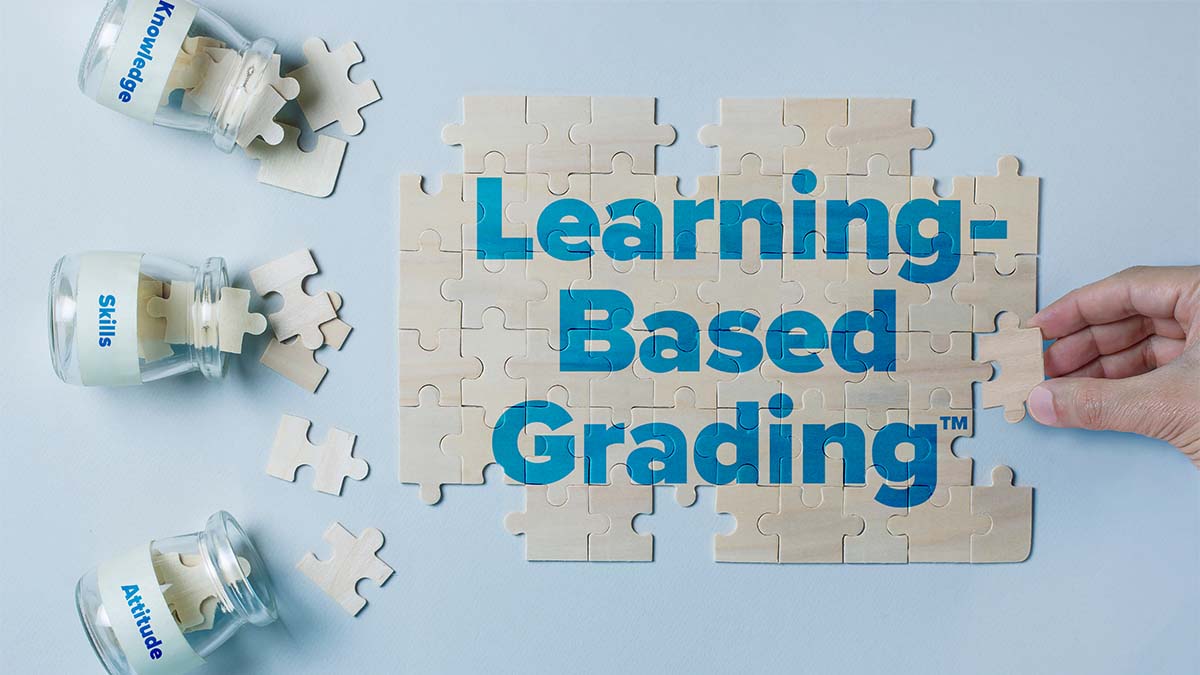 To start, you’d have to take a very long perspective on the history of grading in the United States. Doing that, I’d much rather refer you to the works of Matt Townsley, Thomas Guskey, or Joe Feldman, whose expositions on this topic I’ve found the most interesting. You can catch a lot of that mixed into their various publications and blogs. But in all honesty, anyone’s perspective and history on the subject is fine. Instead, we can work with public opinion, or common definitions and notions of what grading is about. For the sake of this blog post, let’s take the notion that grading in this country is about the learning and ranking of our students in a given discipline. It’s a shorthand report on progress from teacher, to parent, administrator, and student. But is that what it really means these days? In light of the pandemic, many, many questions and concerns about equity, bias, and grading have expanded, and not all with consistent answers to them. Arguably, I’d say that grading, as most people consider it, is much more about ranking and accountability than learning.

In many sectors, that’s alright. In fact, that’s downright useful for most of us. Take for example in Los Angeles County’s Public Health rankings for restaurants. The letter grades, A to F, are designed to quickly tell patrons a rough level of ranked quality. As a business standard each letter, A being highest F being lowest, tells you how closely a particular restaurant is meeting health code. That’s very useful information when deciding on a place to eat. Most of us would hope that following that health code would mean that it’s a good place to eat. And, in all honesty yes, that correlation is true. But a Public Health score of A for a restaurant doesn’t mean the food’s taste, ambiance, or necessarily service will be any good. Sometimes, we might use that information to stand in for those other categories, but more often than not, we quickly turn to another rating system. Maybe we go with number of stars on Yelp or Zagat Surveys. Either way, we know that those letter grades are only one dimension of understanding how well a place performs at it’s given task.

So, let’s apply that back to the notion of grading in education. Ideally, learning is the task we care about in our grades. But learning is a kind of complicated and not always a direct process from student to student. Many folks would accept the idea that people all learn at different rates, but does that mean we should rank the rates at which they learn? Probably not. Natural ability and the multifaceted components of what it takes to go from novice to expert in any area are complex and deeply personal. In fact, we’ve all likely experienced this process whereby we wanted to get better at something and had those hopes dashed by being measured to how fast someone else learned it. Not so helpful there for learning. Instead, to focus on learning, for the learner, we’d want to consider how that interaction between expert and novice is developed. Namely, how feedback about what we are doing better lets us do that very thing.

Enter Learning-Based Grading, our catch-all term for the types of grading which emphasize these feedback loops. Taking from broad, non-traditional approaches to grading, Learning-Based Grading does exactly as its name implies, it bases grades off learning. Now, with this comes some serious philosophical as well as psychometric changes to how we work in the current educational paradigm. But for now, it’s sufficient to say it puts the focus back on the real job of education, caring about and demonstrating what students learn. For our part, we’ve decided to ramp up our message for this belief in a learning and the approach to systemic change for education. Learning-Based Grading won’t be a silver bullet, fixing everything that’s wrong, but it’s one step of many in the right direction.

Please share your experiences with grading in the comments below, or if you prefer to share anonymously, use our form on stories about grades. You can also check out more about our learning-based grading professional development on our website. Or read more about our stances on all kinds of topics and trends in education in our blog.